Open view to the living room and easy cooking

When Heikki Paasonen and his family started renovating their new home it was clear that there will be an island in the apartment’s open concept kitchen. He wanted to keep the view to the living room as open as possible, so a traditional cooker hood was not an option.

Heikki happened to see BORA at his friend’s place and was completely sold. A device that combines cooktops and an effective downdraft extractor felt clearly as the best choice also to their own kitchen island. Heikki chose BORA Basic Plus with extra large induction cooking areas from the BORA product selection. 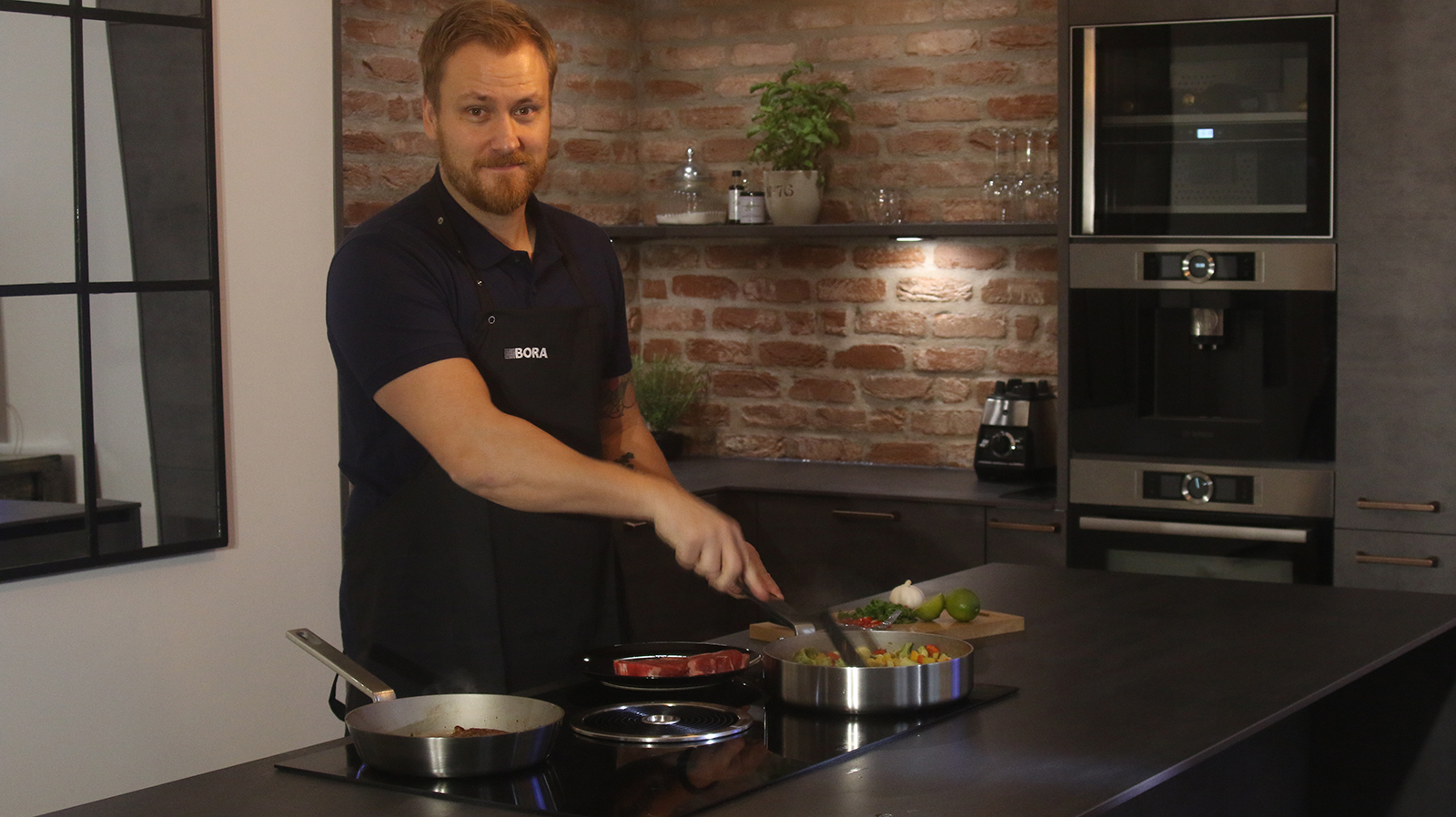 Heikki has been very happy with his choice. “Cooking with BORA is easy and carefree. The extractor turns on automatically when the cooking starts. And all the vapours vanish down immediately.”

Heikki and his family have been using BORA already for long, and he gives his full recommendation to people that consider getting BORA. “BORA is the best!”