When Tiina Ilmavirta, the owner, AD and designer of the creative Design Wash agency, started planning the kitchen of her new home in Kalliomäki Espoo, she had clear boundary conditions for the plan. The upper cabinets would absolutely be omitted from the kitchen, and it would definitely have a big island so that the space would feel as open as possible.

One option for creating the desired open feeling in the kitchen would have been BORA Pure which has recently raised to number one favorite among renovators and builders. Tiina considered it too, but she wanted to place the oven in the same line as the cooktop which wouldn’t have been possible with BORA. She also didn’t want any functions on the kitchen island, no electricity or water.

The second design idea of Tiina proved to be challenging as well. She pondered encased cooker hood where the case would be made of the same material as kitchen cabinet doors. Nobody seemed to understand Tiina’s vision, or perhaps it would’ve required too much extra work, so the reception of this idea was reluctant. 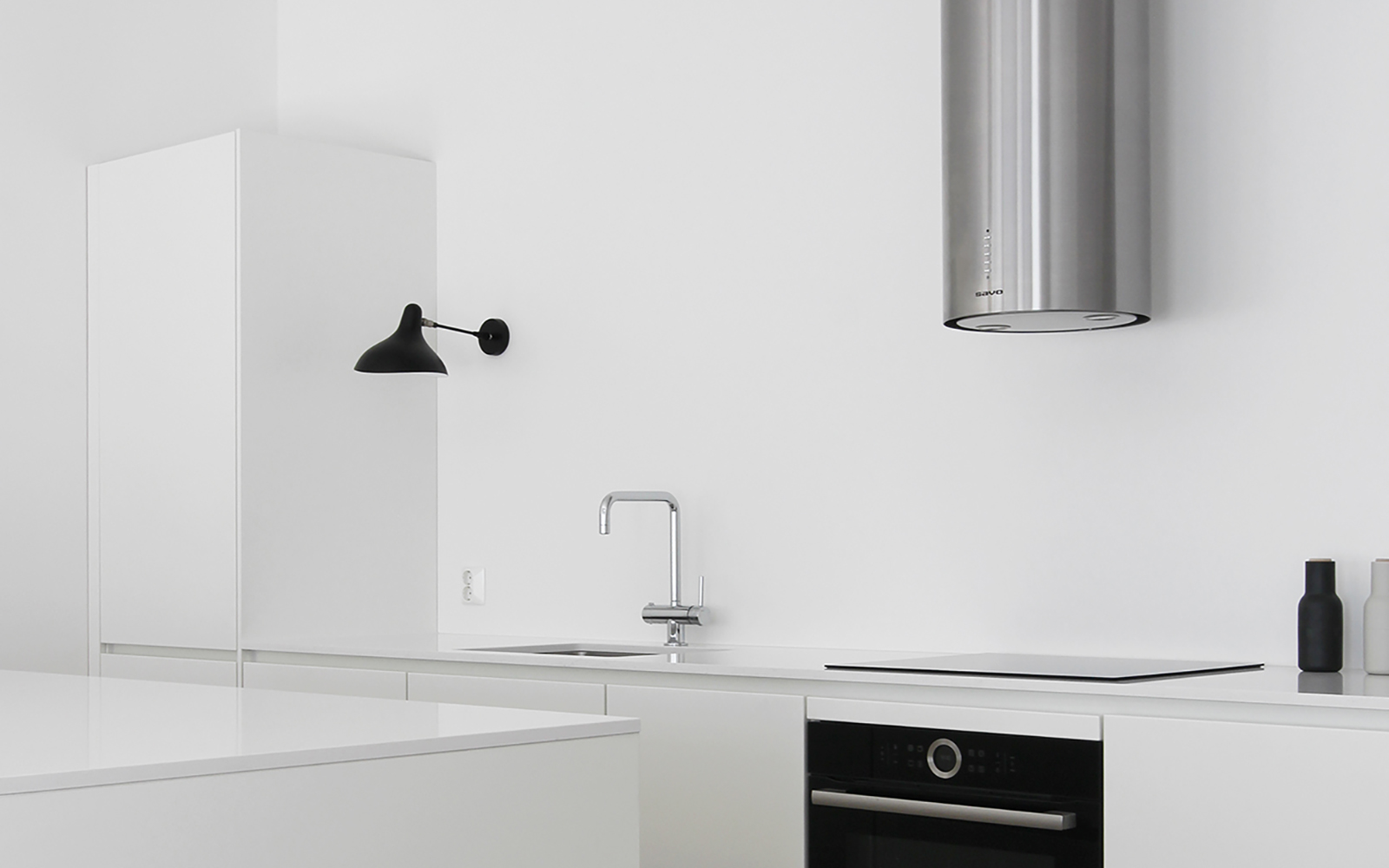 “Sometimes the fastest decisions are the best!”

Eventually the decision about the cooker hood had to be made very quickly. When Tiina was visiting the building site, the builder was going up to the roof to make the entries for the cooker hood and told that Tiina would have 5 minutes to tell where the cooker hood’s exhaust duct would be situated. So Tiina started to look for a cooker hood suited for her minimalistic style right away.

“I came across Savo’s stylish I-78 cooker hood made of stainless steel”, tells Tiina. “It felt right, so I glanced at the installation manual and informed the builder the exact location of the cooker hood. And look, the decision was made!” The chosen model is an island cooker hood that is mounted on the ceiling and has an extension pipe, so it fit well in Tiina’s over 3-meter-high kitchen. “I didn’t hesitate my decision for a second – and wouldn’t have had time in those minutes”, continues Tiina. “Sometimes the fastest decisions are the best!”

Tiina chose the I-78 island cooker hood to be placed beside the wall even though there would have been a similar looking wall mounted C-78 model available. “I wanted to have as airy feeling as possible and have the cooker hood go all the way to the ceiling so that there is some space also behind the cooker hood”, Tiina reasons. “We left about 10 centimeters of space behind the cooker hood, ergo there is no risk of bouncing one’s head on the hood when cooking.” 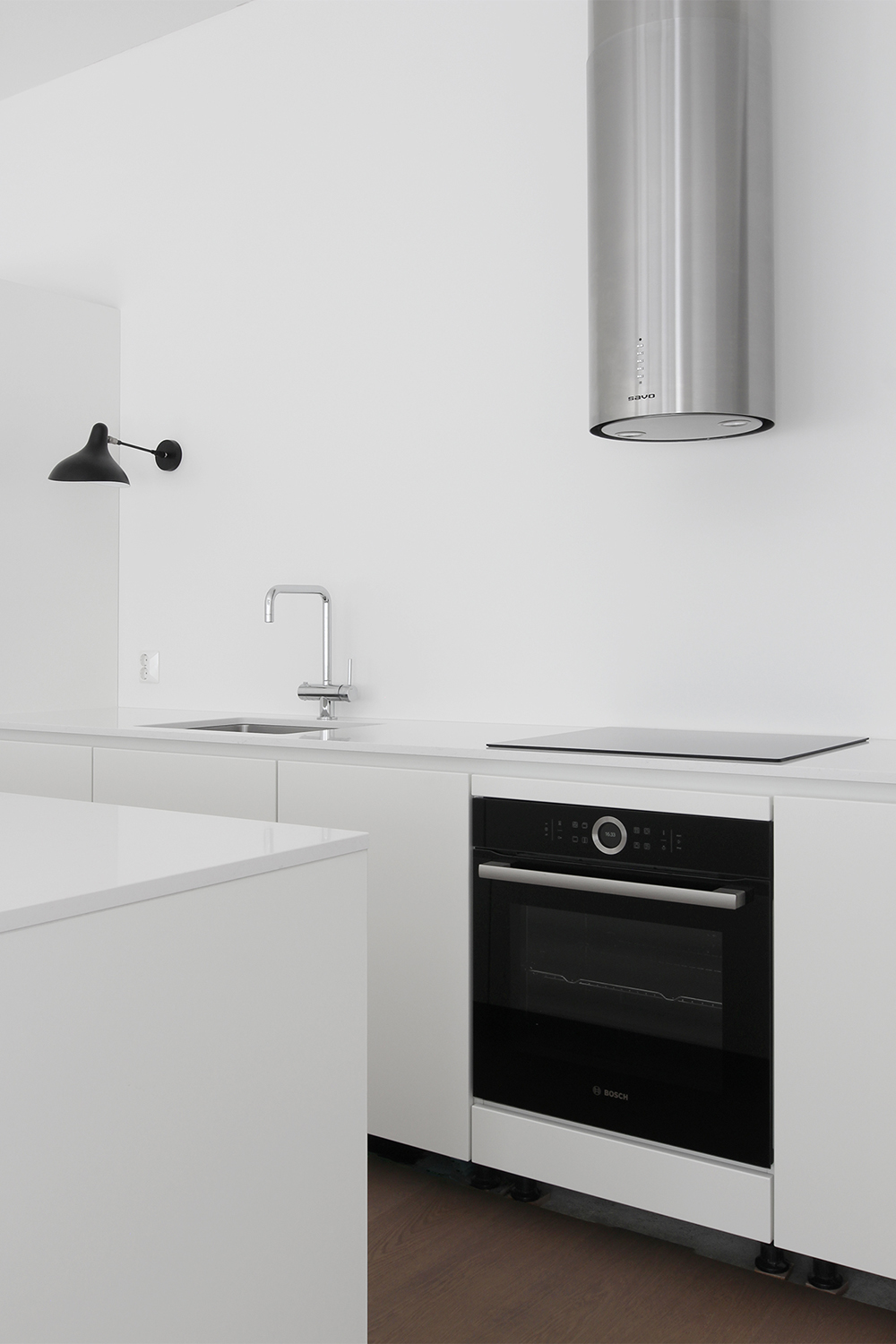 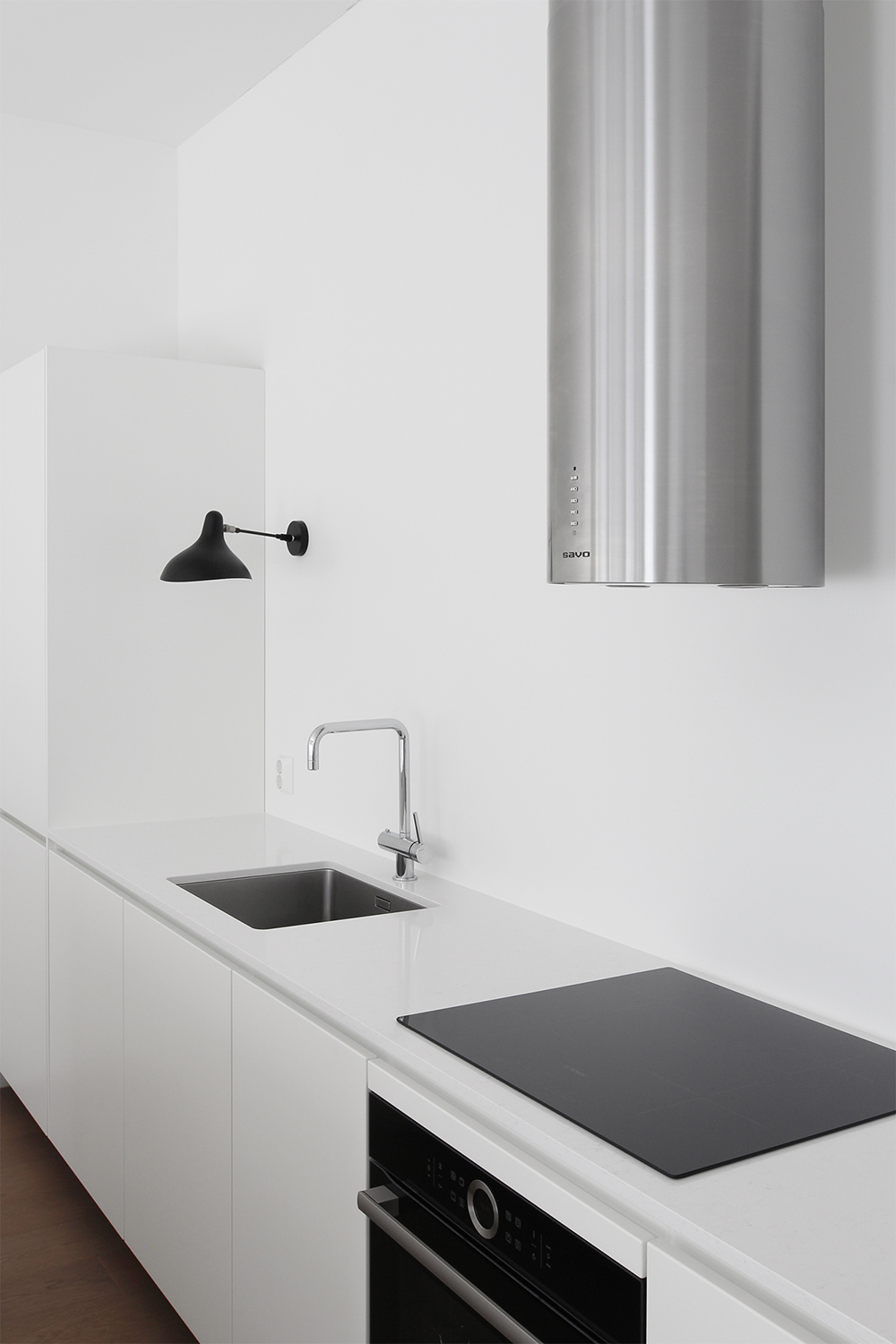 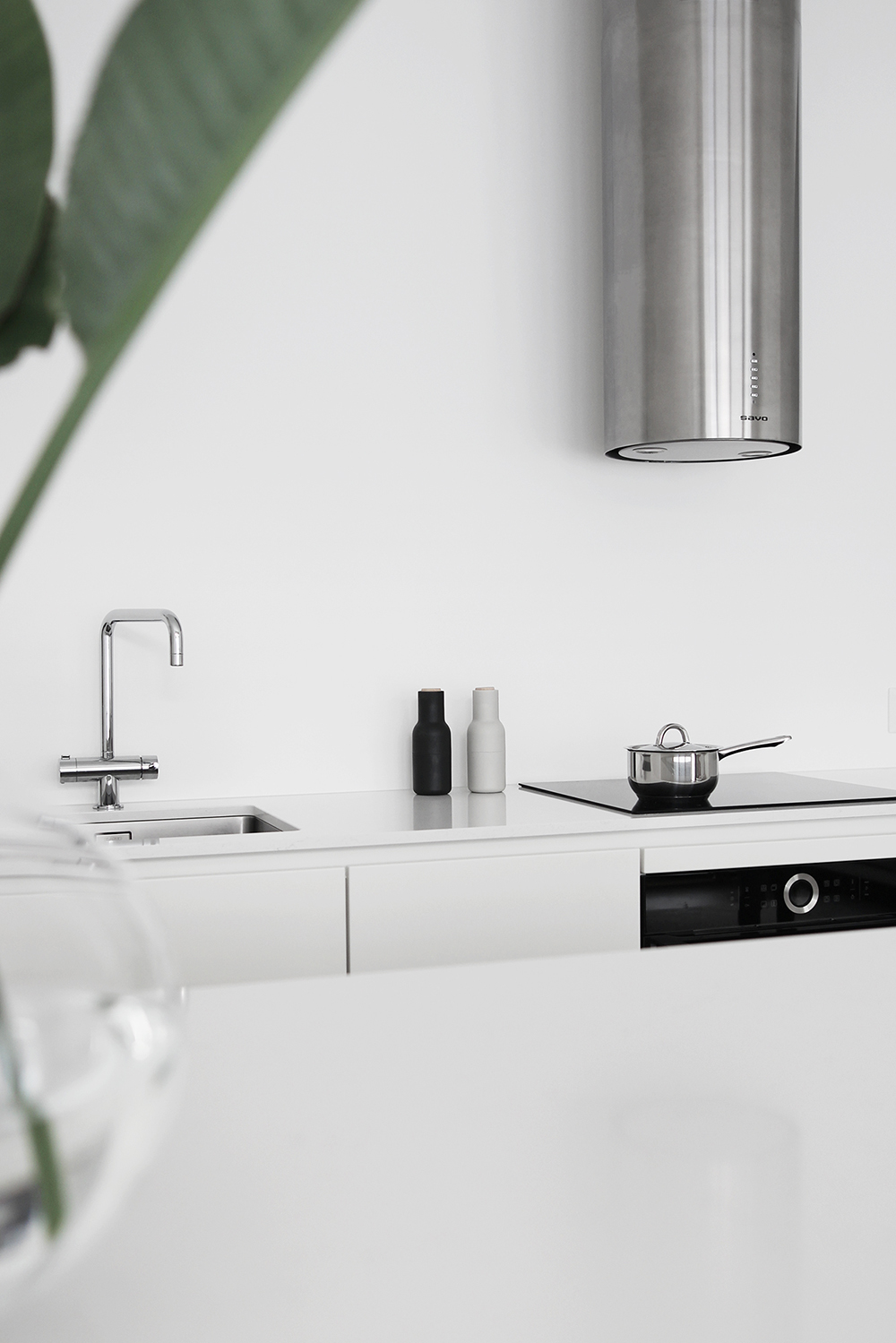 Emphasize what you cannot hide

“What you cannot hide, emphasize. This applies to interior design excellently. When I couldn’t get an inconspicuous cooker hood, I chose one that is visible and an eye catcher in the space.”

Stainless steel, and steel in general has always appealed to Tiina even though it hasn’t been very visible in her home before. “Stainless steel is a very timeless material. Currently steel is clearly rising into a bigger role in home decoration, for example in kitchen counter tops and doors. I would like to get steel into my home even in a bigger surface that would bring more sturdy industrial spirit.”

Overcoming challenges to achieve the goal

“We had a little challenge with the installation and at first the cooker hood was mounted a bit askew”, tells Tiina. “I alerted the Savo maintenance crew and after some finetuning the splendor was in its correct place. Straight, bold and steel shining. Oh boy, now it looks good!”

Tiina is very happy also with the effectiveness of the cooker hood in addition to its looks. “The cooker hood has been very effective from the start and many times the first power level is enough to suck all vapors and steam”, blazes Tiina. “It’s lovely to be able to cook after a long break!” 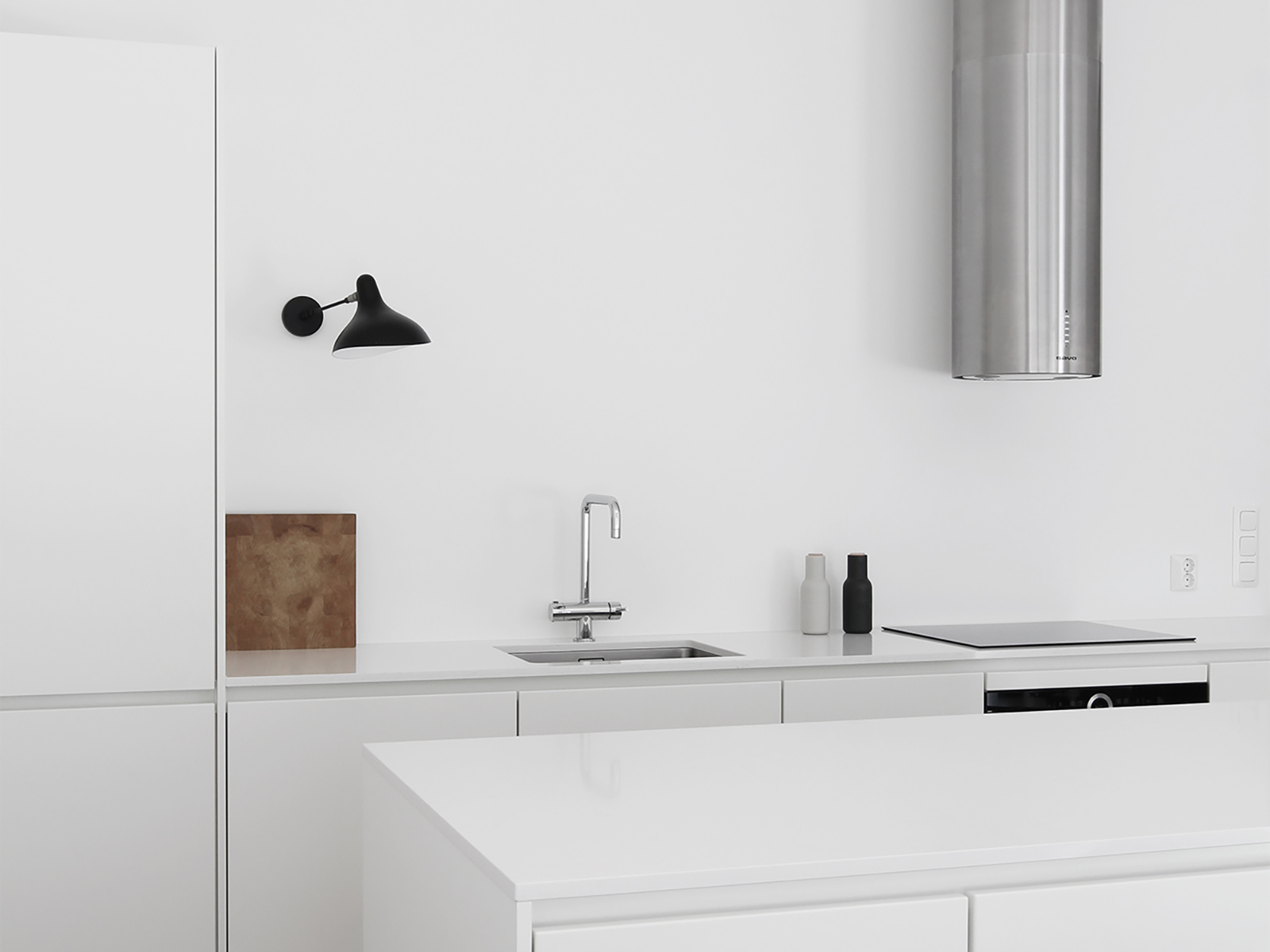